ETCO Incorporated Celebrates 70 Years of Manufacturing within the United States

ETCO Incorporated is celebrating 70 years of operating independently as a manufacturer of custom precision stampings. The company has manufactured these products in Rhode Island since its inception in 1947 and at its automotive headquarters in Bradenton, Florida since 1978. The products engineered and manufactured by ETCO have been used in over 500 million end use applications since the first terminal blades were developed.

The Company was started in 1947 as the Electric Terminal Corporation by founders Joseph Dunn and Rene Martines. Martines developed a production method whereby wall plug blades were manufactured in strip form for attachment by the company’s manufacturing customers on a patented air operated machine. Today the company manufactures these parts at facilities in the United States both through the expertise of American workers as well as high speed automation. The company’s American manufacturing roots have also resulted in it being awarded an extensive amount of patents over its 70 year history. 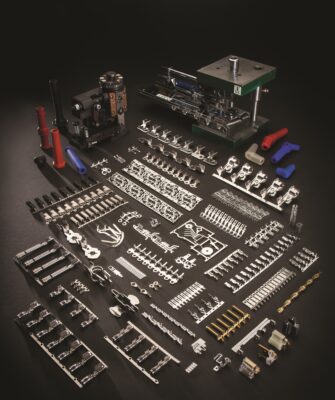 ETCO’s focus from the beginning has centered on developing unique products while delivering on the promise of excellent customer service. ETCO’s engineers have logged millions of miles flying direct to customers and embedding themselves into operations to achieve optimal results for end products.

ETCO’s products are in commonly used household items such as blenders, toasters, and hairdryers. The company’s products are also now found in major appliances including dishwashers, ranges and washing machines / dryers. ETCO’s American manufacturing automotive plant opened in 1978 to serve automotive manufacturers both in the United States and in countries around the world. 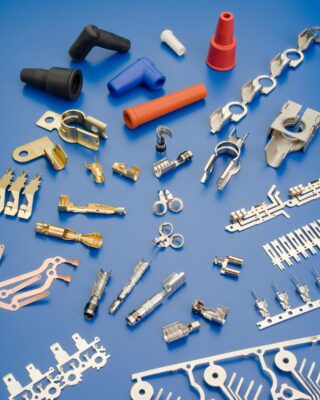 Today, ETCO is led by the second and third generation of Dunns. This includes the Chairman and CEO, David Dunn, as well as his son, ETCO Vice President of Marketing, Sean Dunn. A major events timeline of ETCO’s history and its roots in American manufacturing can be found on the company’s website.

Founded in 1947, ETCO is a privately owned company. The Company manufactures precision stampings as well as rubber and plastic molded products used in a range of industrial manufacturing including automotive, appliance, aviation, medical, information technology hardware, networking and many others. ETCO also has major customers in a variety of other industries in the USA and in over 30 countries throughout the world. ETCO has factories and a research complex in Bradenton, Florida and a factory and engineering center in Warwick, Rhode Island.